Racing against yourself, without a coach, is intimidating. After all, I'm not 18 anymore!

Back in the "good ole days", in my final years of school when I was super-fit, I could do a very quick 5km. I don't know how quick, but well below 20 minutes. These days I can't run that pace for 400m! 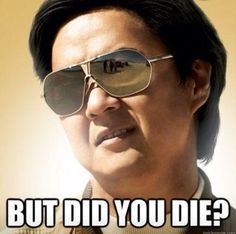 So after the Washie 100 in July and a month off of running, I decided that I could squeeze in a marathon PB while training for the Addo 100 miler next year March. Brave? Stupid? We'll see. My marathon PB came during the Old Mutual Two Oceans Marathon in 2015. 3 hrs 47. Nothing sparkling, but at least they had recorded times at the marathon mark! I had already "blown" and it took me another 2 hours to cover the last 14km. #ButDidIDie?

Having trained a good few people to their first marathons, some PB's and first-marathon-back-from-injury, I knew about all the ways to fit in the "quality" without the "quantity". A tired Washie body (that wasn't so young anymore) also made sure I didn't add excess miles.

I guess that was the key for me...

The PE Friendly City Marathon is one of the longest standing marathons in town. It has always been a "fast" marathon and very popular for runners qualifying for good seeding at Comrades (90km) and Two Oceans (56km); two of South Africa's biggest sporting events, and the reason ultra running is so big in South Africa. South African records have been challenged and set on this race. But not in December, and not on the new course. It is still conducive to good times, especially because you have the support on the route of fellow runners pacing faster times.

Race day strategy was: get to the start early with a friend staying over. Go out at even pace, moderate effort. Work with a bus if possible. The first half is mainly uphill until 25km. Then it is flat and downhill to end. The crux of the course is in the middle kilometers. There is a short, sharp hill, followed by reversing back down that hill... then you climb for 3km past the halfway mark. Run hard, but not too hard for 8-10km, and race the last 5km home.

Race day weather played a little havoc with that plan. It was humid and warm, but with a strong Easterly breeze. That meant I HAD to work with a bus at least on the way out. Fortunately there were some experienced runners there that shared the load. Toward half way I started pulling them along and the bus split up... so I had to work a little harder than I hoped through the crux. With the wind eventually turning behind us, but the heat up, I couldn't run much harder through those last 15km... in fact, I had to haul arse the last 3km to meet my goals...