Roots (with apologies to Alex Haley) 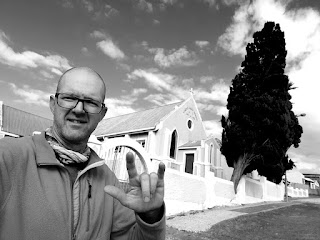 Make it a marker for you, too.

www.instagram.com/thatcoffeyboy says, "there are many ways to protest: ours is to run". So this marker for me is to introduce our history to people of the area. Our history. The good and the ugly. It is us. And to help steer that history forward together, not apart.

This Trails And Tales was the first organized event, albeit small, in what will be a series. Deliberately only a few people were invited (and fewer attended), because of Covid, Addo Elephant Trail Run's postponement (so training), and the nature of the relationships to build.

The next one will be bigger, and in all likelihood in the same "hood". You will gain family. You may lose misconceptions, but you'll gain clarity.

The day started out: me lost. I'd only been to Van der Kemp's Kloof on foot before! Now I was driving and Google didn't get me there! A quick phone call and we were back on track. A welcome greeting.

It is Sunday. We met at the Church. It was closed. Covid. We passed buildings that have seen eight global epidemics! Is that a warning, a judgement...or just history? 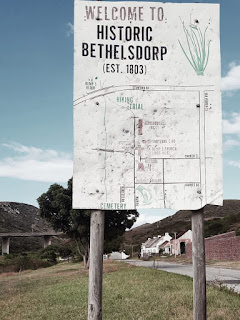 The church building is marked 1803. Two Hundred and 18 years old. It is one of the oldest buildings in Nelson Mandela Bay, a once-upon-a-time halfway stop between Port Elizabeth and Uitenhage (now home to Volkswagen South Africa and other motor industry giants). It was begun by a man who believed in his call to mission, to make a better life for all people, JT Van der Kemp. Apart from the port, it was the only organized settlement for days.

It was told that Van der Kemp arrived in Port Elizabeth and was sent from there to the settlers of the Klein Karoo (a semi-desert). Traversing the valleys once carved by ice rivers, he arrived at where Graaff Reinet is now situated; even fridges struggle to maintain ice in this summer heat! He proffered his services (and the services of the God of the "good Samaritan") also to the indigenous population. But the settlers sought exclusivity, and he fled back South.

On his route back to Algoa Bay (now Port Elizabeth), Van der Kemp stopped in an area that once held some of the largest herds of buffalo and other grass eating herbivores south of Mount Kilimanjaro. Imagine standing and staring either from the hilltop of Lovemore Heights or from the Lady's Slipper and looking over those heaving fields?

And so Van der Kemp came, via Port Elizabeth, to settle where the Kloof bears his name. He worked both with settlers who passed through and the displaced indigenous people. A fuller account of his story can be found here: Port Elizabeth of Yore: Bethelsdorp – PE’s First Organised Settlement - The Casual Observer

Now situated in a "so-called colored" area, it was once inhabited by Khoikhoi and Xhosa. These indigenous peoples were forcefully relocated across the Swartkops and Chatty Rivers.

But why don't you commit to join me next time... we'll tell more stories, take more pictures, make more memories, steep ourselves in our history. Let's learn together so that we can grow together.

One week before Addo... Do you prefer a Saturday or Sunday? 20 or 21 March... let's hope the weather is like it was today! 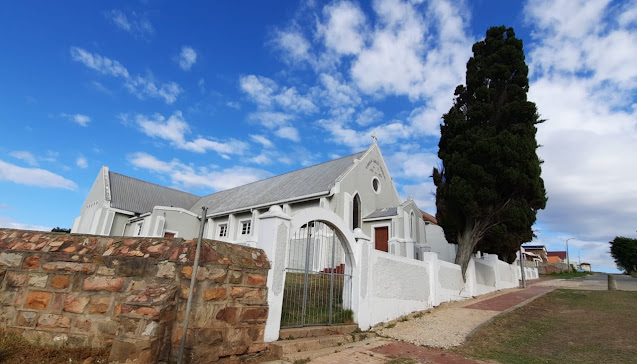