The Privilege of Movement - and 1 forest elephant

Much has been said of privilege these last 15 months. Truthfully, privilege has been defined not as "easy life" and/or "collected wealth", but rather as a "lack of barriers"; a privilege of movement where others are barred at worst and fear to tread at best. 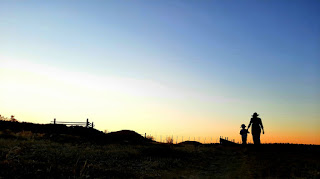 Ubuntu is a philosophy centered around me and you relying on each other for defining our "being" through our "doing". That is, if I am selfish we both lose out on relationship; without relationship we are nothing. Is ubuntu the exclusive domain of Africans? Or even of humans or animated beings?

What do you think when you hear the word, "Zoo"? Now just a bit bigger... a game park... or even a national park. Query?

What do you think when you hear the word "farm"? Fenced. Controlled. Query?

Reportedly there is just 1 forest elephant remaining in the majestic forests surrounding Knysna and the bottom of the Tsitsikamma Mountains. Many moons past elephants made migrations North East from there and back traversing through the Baviaanskloof and over the Zuurberg to Addo. This allowed other species to follow suite. Now, this lone pachyderm is paralysed and does not leave the thick forests even though there are some small corridors to travel. 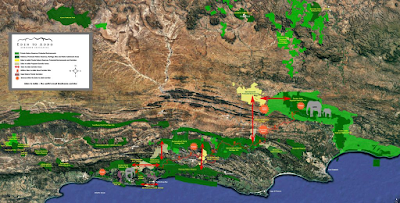 Biodiversity ensues movement. It is symbiotic in nature.

What happens when "civilization" invades? Fences and roads and rails and all manner of "ownerships" were once claimed, fought over and staked out; those aggressions on movement remain ongoing, the poison of the privileged. Animals shot out the wildlife as if they were the parasites. And 1 forest elephant remains.

At worst: nature requires our action for our children to experience half of what we do, or even to survive at all. At best we can begin the healing of the land by encouraging substantial corridors of "green" (that nebulous word describing a return to more sustainable and suitable lifestyles that do not harm our remaining natural resources or each other, and intentionally look for ways to enhance the healing and restorative processes).

It is one of only two events allowing you to contribute to this corridor restoration and the subject of the short film by Damien Schumann and Clyde Berning called The Privilege of Movement. I will be partaking in July 2021. 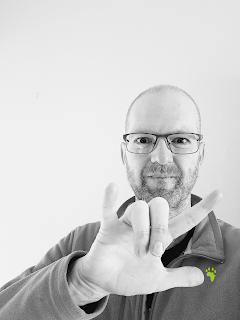 You can contribute to this healing cause in 2 ways: