Of mountains... and men 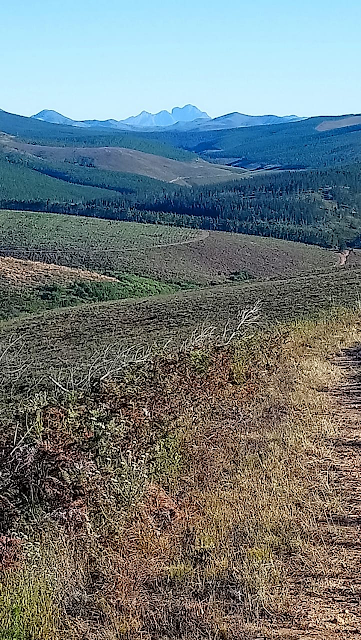 It happened again. Wave. Looking a bit like that mountain... there in the distance.

Postponement. Too many Covid cases erupting... affecting us personally and directly, if not personally.

This time to The Tusker.

Also... communities that have trees and plants are happier. Did you know that?

Preparation for my 2 big events these last 3 months has been tough... with a twisted ankle, and some similar humor to cope. But I was ready to head out in 22 days for more than 230 miles (370km) of trekking from Addo to Tsitsikamma, from Elephants to elephant, from Karoo dry to the place of falling waters.

Postponement has been a regular in an athletes life this last 15 months. Rightly so. This one was supposed to be immune to that: all the i's dotted and t's crossed; except that some were unable to travel internationally and others contracted this undesirable disease. Too much of a risk with 4 weeks to go.

For me, last weekend was going to be "easy, but hard training... 10km on Saturday followed by some chores around the house and feet up in the afternoon. Then 36 miles (52km) on Sunday exploring Crossways and Longmore Forest. Saturday was interrupted by a distressed call from my wife... her accelerator was stuck; her car stopped on the side of a road of an affluent area of town.

For here: no details, but the punchline is this, "I traded a great phone for a hat, worn out Nike (just one, not the pair) and a 17cm blade carving knife".

Did you answer the question above? Whether you answered or not... here's another question:

Did you know that Johannesburg in South Africa used to be a savannah, and was almost desertified by mining and urban creep? It is now one of the "greenest" cities in the world... it effectively is an urban jungle, because there are so many trees and bushes planted; and when the city did this, the economy stabilized and crime stats dropped.

The reason I bring all of this up is that I am happy. I live in a privileged area, happy with my life (as a whole). It is a green suburb in Nelson Mandela Bay.

The man with whom I had the unsavory transaction above lives in the opposite situation. He lives in an area that has some of the highest crime stats in our country, and we know that much of the crime goes unreported in the suburb. It is frightening.

So, what if we made a commitment to "green" Nelson Mandela Bay, but specifically those areas that are dusty and deadly. What if we, that are able, donated a tree through a grass roots nursery (or system of nurseries) who would commit to following up on the trees planted so that our efforts were sustainable?

Would you support my drive?

Would your company support my run at this dream? 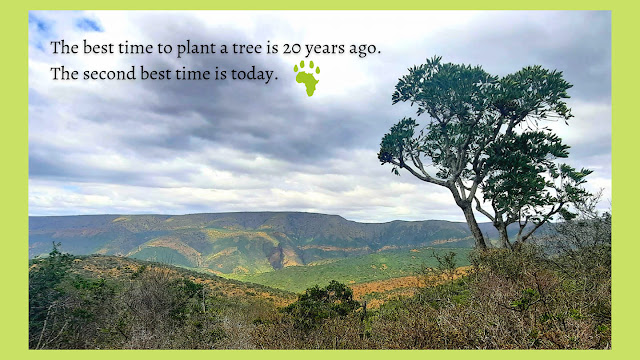